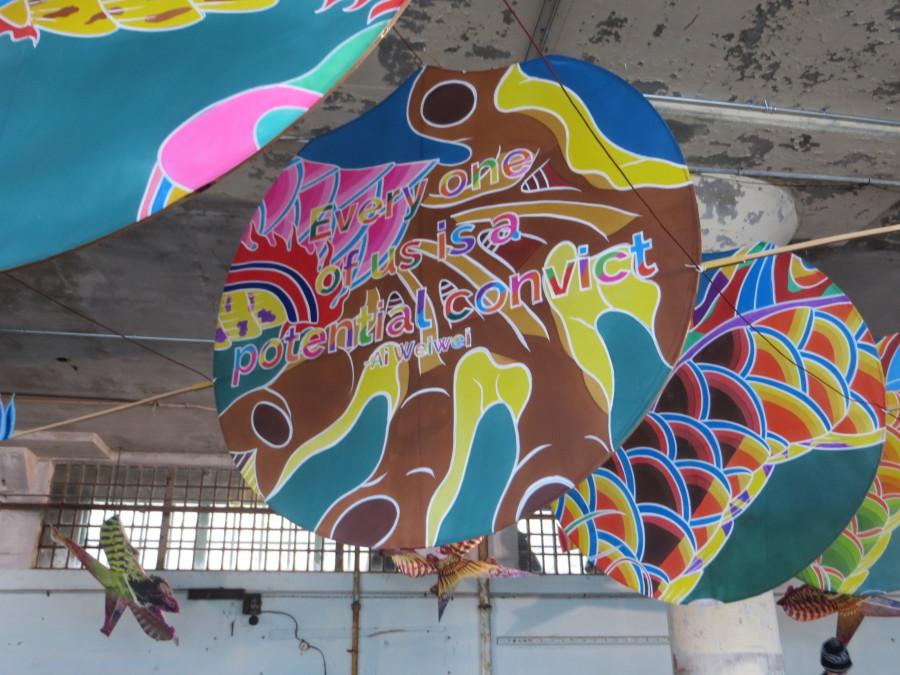 
On January 9th, our school took a trip to Alcatraz for Values Day to see the works of Ai Weiwei, a Chinese artist and activist. Alcatraz Island is the home of his out-of-the-box designs that were made specifically for this exhibit. Ai Weiwei’s art expresses his interests in public rights and the freedom of expression which stems from his blogs on the website Sina Weibo, the Twitter of China. When he began to show his involvement in exposing the number of students killed in the 2008 Sichuan earthquake, the government started to keep a closer eye on him. In 2011, Ai was arrested at the Beijing International Airport for charges that were later revealed to be “tax evasion,” but it is speculated that the Chinese government had deeper intentions. Because of this and other crimes, the Chinese government is convinced he has committed, Ai is unable to leave the country. His art is a large part of his expression of freedom. When talking about the exhibit, Ai said, “Freedom, indeed, is a word that carries a great deal of weight for the Chinese people.” The people of Beijing and all around China know him for his love for the country and his mission to make it a place for the people.
The @Large exhibition is divided into seven different exhibits. After being split into “pods” of seven students, the school spread out in order to explore the island and find meaning in its art. Each exhibit touched on aspects of human rights and freedom; With Wind showed a traditional Chinese kite including quotes about independence, Trace portrayed activists’ faces through Legos, Refraction is a giant metal wing made from reflective panels, Stay Tuned told us autonomous speeches and songs, Illumination chanted us Tibetan healing songs, Blossom offered comfort to those imprisoned through porcelain flowers, and Yours Truly connected us with prisoners through hand-written letters. The message of Ai Weiwei infused with the prison theme brought everybody to recognize his ironic style. The day carried a lot of meaning with it because it made us realize the value of freedom and not take it for granted. Ai Weiwei’s message was seen in all of his works and showed truly the essence of Values Day.
Delete Image
Align Left
Align Center
Align Right
Align Left
Align Center
Delete Heading