J Rhodes On The Move 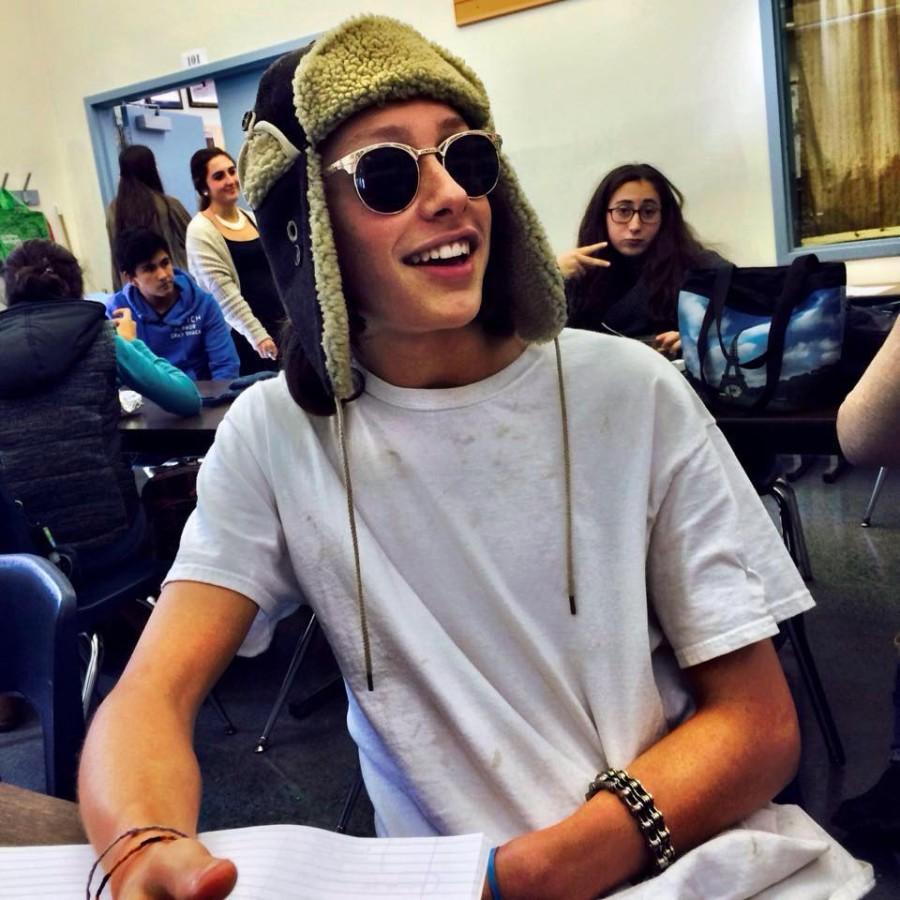 A Semester In The Big Apple
By: Brandon Seltenrich ’16

Last summer, after the conclusion of sophomore year, Stuart Hall’s very own Jackson Rhodes made the decision to take off for New York City and spend a whole semester with his mom and soon to be TWO step-sisters! (That’s right, she’s getting married!) A whole semester away from the comfort of the SHHS community that has grown to embrace Jackson for who he is might sound a little scary, but Jackson attended the Hudson School, what he described as “a very small, private, extremely open and accepting school.” So when Jackson made the move to wear cut-off shorts and knee-high socks every day, he wasn’t looked down upon; in fact, people actually welcomed him with open arms.

While in New York, Jackson got to enjoy the same curriculum that he has now at this school, but when asked about his experience at the school, he said “The classes were much easier than at Stuart Hall but I still did worse.” Okay then. An interesting aspect from his tales of the school life is that in his English class, they read many books, stories and poems that revolve around feminism. Interestingly enough, he said that feminism was quite relevant and was a pretty big part of discussion over there. Needless to say, it’s always fun to experience a different culture in a vastly different environment.

From the educational side of the trip, everything was good. From the pleasure part of the trip, everything was better. New York City is known for its many landmarks in the skateboarding community, from the skateparks to street destinations. And as we all know, Jackson is a fairly avid skater. We can only imagine how much fun that was for him. It’s a given that he made loads of new friends while he was over there, as well.

The big thing in Jackson going over was to get closer to his mom. And what better way to do that than to spend six months with her across the country? Now that he did that, and now that he’s back, we can all get used to the idea of having him here at this school again. This is truly a cool experience in his life, and we should all applaud him for having the courage to enter a new community and then re-enter a familiar one all within this same school year. Welcome back, Jackson!