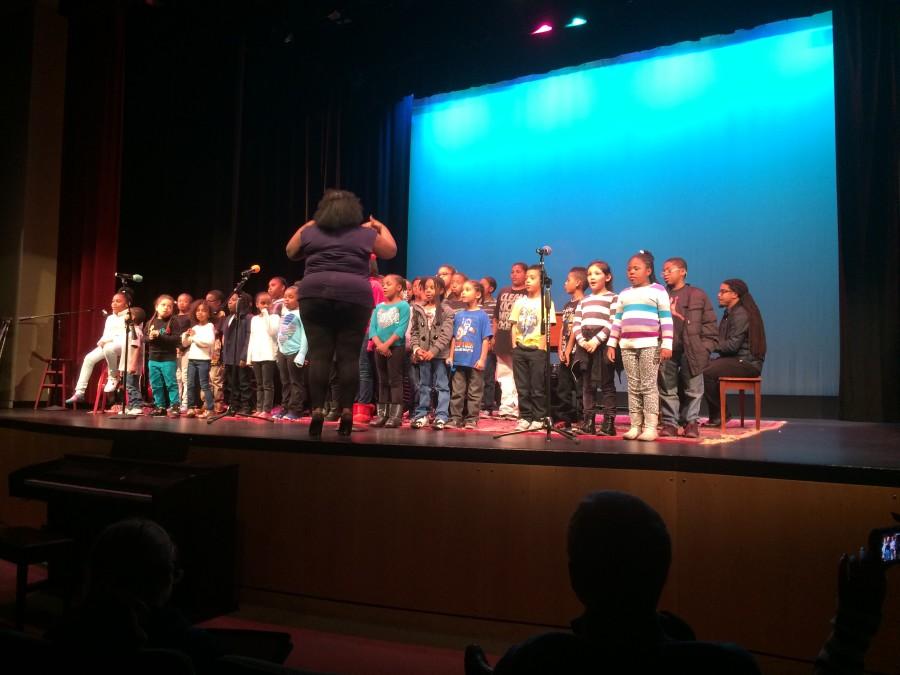 Last Friday, the musicians of the Schools of the Sacred Heart San Francisco network converged to put on the annual Benefit Concert. On that night, performers all took the stage in Syufy Theater to raise money for the under-served children of the Western Addition. Students, parents and teachers all bought tickets to raise money and watch the artists display their talents. The Heart to Heart Benefit Concert started six years ago with a determined eighth grade student who wanted to find a new approach to aiding the young boys and girls living in lower income environments. Sheryl Davis – the Community Outreach Coordinator at the schools, as well as the director of Mo’ MAGIC (Mobilization for Adolescent Growth In our Communities) – takes the leading role in putting on the show.

The event started out with four Convent Elementary girls singing “Dear Future Husband” then everybody else followed. There were a total of 25 acts, as student after student took the stage playing guitars, pianos, drums and singing accapella. But the group of children from the Mo’ MAGIC club stole the show. They are the reason that we were at the show, and it was great to see them on stage. They sang two songs: “Do You Want to Build A Snowman” and “Let it Go” from the Disney movie, Frozen, soundtrack. Everybody enjoyed seeing the little kids – the ones who were shy and those who expressed themselves openly. Mr. Estrada and Mr. Raj ended the show with “I Am A Patriot” by Jackson Browne. The entire audience was really happy after seeing their classmates perform with one another, and they enjoyed everybody’s musical talents. The show was great, and I am looking forward to see next year’s performance.