Students from around the world see our community 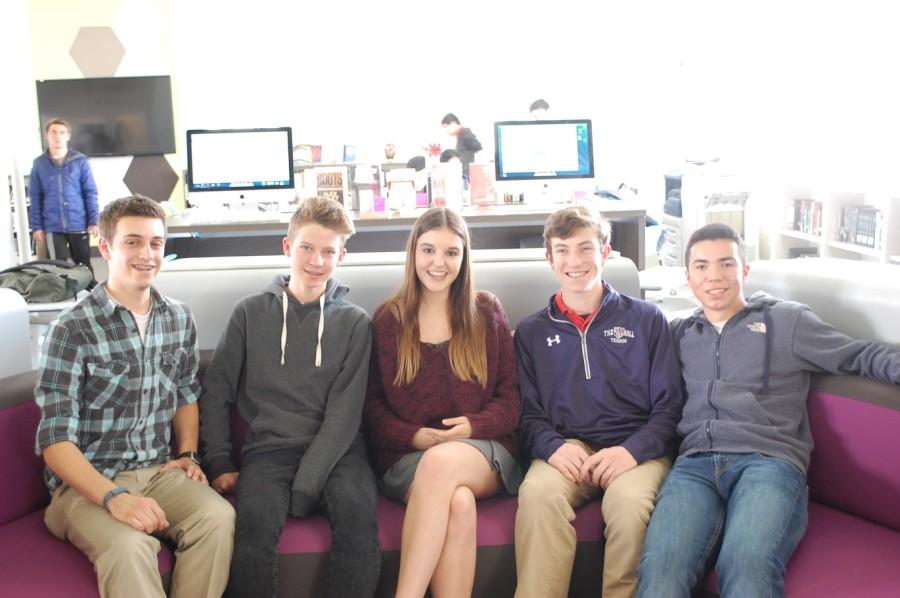 Stuart Hall hosts pose for a photo with their guests in the Learning Commons.

This school year, we at Stuart Hall High School decided to host four sets of exchange students from other Sacred Heart schools all around the world, from Austria, Spain, Taiwan, Australia and Germany. All these students are spending 4-6 weeks with host families at our Sacred Heart sister school in Atherton. I had the opportunity to ask a few questions of two exchange students from Taiwan about their school back home, and their impression of the schools here in the United States.

These girls go to Sacred Heart High School for Girls Taiwan in the capital Taipei, the only Sacred Heart school in the entire country. When I asked how they incorporate the teachings that all our schools do, they began to talk about the five goals and how they are very important to memorize and follow in their school, because they are taught that they prepare them for life outside of school. In that respect, their school is quite similar to ours. But when asked about their class schedule, it’s a whole different ballgame, at least in their eyes. At the Taiwan school, curriculum is very strict; the government wants them to pay attention to grades above all else and take a full set of classes which includes several languages (Mandarin, English and Spanish), math, sciences and not to mention frequent tests that count for a lot of their grade.

When they came to do an exchange in America at Atherton, they were surprised at the way the school was run. When I asked both of them about their first impression of America, they said “It’s so…free.” They said both our school and Atherton were freer than they’ve ever seen because they were seemingly unregulated, we don’t stick to a strict curriculum and instead of doing so we focus more on creating new ideas and things. We have a very flexible schedule and relaxed rules about uniform, which is new for them because if they are out of uniform at their school, it comes out of all their class grades. They were very interested in the way our culture inside of school operates, and it was a bit of a culture shock when they first got here. And for the record, they didn’t care very much for American food like burgers and fries, but they loved Mexican food. Good choice.

Though the students visiting are set up to go to class at Sacred Heart Atherton, they spent a day here at Stuart Hall or Convent with one of our student hosts. One of those hosts, our very own Jackson Rhodes ‘16, dares to say that many people these days are closed minded, and hosting a student from Germany opened his eyes to a new perspective of different people living in different places than us.