Fencing team looks to improve in a new year 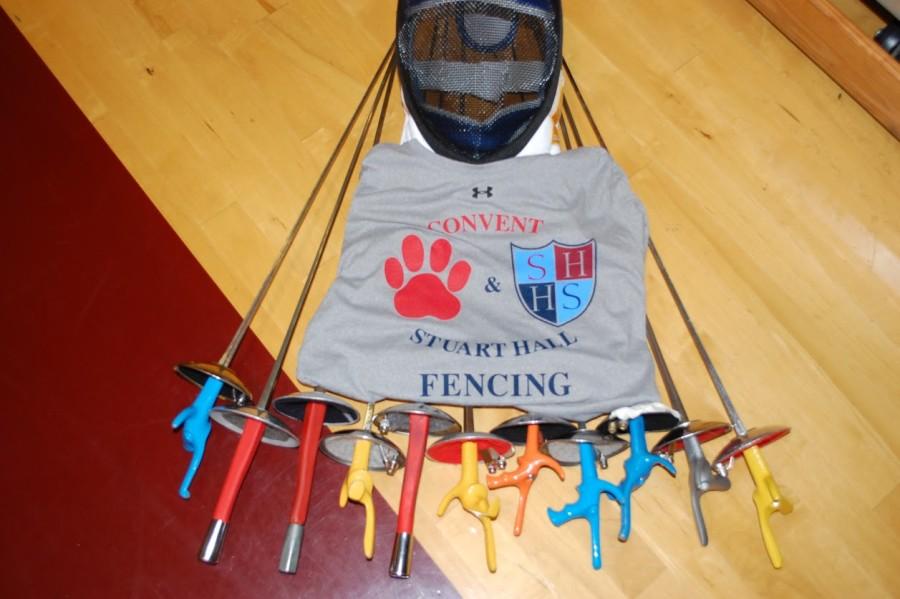 Convent and Stuart Hall fencing look poised to make another run this year!

The spring season is here again! That means that in just a week, the 2015 fencing season is set to start. After last year’s 4-5 record and fifth place finish in league under coach Leo Bello, the 13 man squad is ready to better their chances with the addition of five freshmen.

Returning upperclassmen — senior Demetri Sakellaropoulos and junior co-captains, Michael Johnson and Dylan Coe, along with the rest of the juniors, Christian Garcia-Feuss, Dante Casinelli, and two time individuals champion, Zachary Hammer — are ready to provide insight and be models for the rest of the team. Sophomores Leon Tsai and Jake Ngu are prepared to improve on skills learned in previous years and to win many bouts. Incoming freshmen, Matthew Chang, Devin King-Roberts, Lance Fong, Jeremy Mackles and Nicholas Camminante, are prepared to join a crew of veterans and provide for their team. The team is ready to continue working hard and improve on last year’s standings.

The team is currently practicing and preparing for their first match on March 5th versus Academy High School. The team also has a match against fencing powerhouse, Lowell, on March 12th, and another important match against the defending champions of Urban on March 24th. The team is poised to be among the top of the pack in the AAA and a force to be reckoned with.