Rugby in the U.S.A 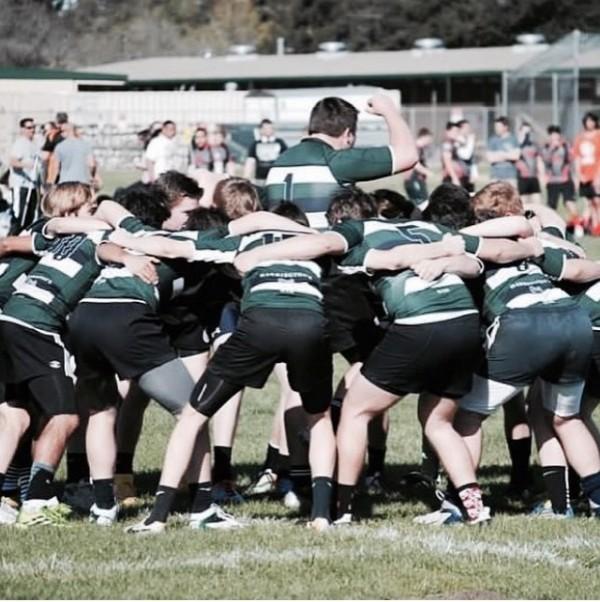 The Golden Gate Rugby Club warms up for a game.

Ruck, scrum, lineout, knock-on, try, drop goal, and charge-down. The average American would have no clue what you were talking about it you mentioned these terms in everyday conversation. That is because all of these terms come from the sport of rugby football, more simply known as rugby. Rugby has not enjoyed the type of success in the U.S. that it has around the world, and is still known as a sport for ruffians.  American football has been the most popular contact sport here to date. However, this has started to change in the 21st century.

Before looking at rugby in present day we first have to look at its past. Rugby was invented in 1823 by William Webb Ellis at the Rugby School in Warwickshire, England. According to the legend, Ellis picked up the ball during a soccer game at the school and started to run with it. This move prompted the start of a new game that, as it developed, became popular first in England and then around the world. In the U.S., rugby started to grow like in other countries but then went down a different path in the beginning of the 1900’s. Because of the complexities of the rules and the free flowing nature of the game, players were starting to leave rugby and go to other sports.

1905 was the year when American football was officially born and rugby football died in the U.S.  A few years before this, the rugby scrum was replaced with the line of scrimmage where all play stops and starts from a set point. For a few years the line of scrimmage was used along with rugby rules until the president himself demanded that rugby be banned. President Theodore Roosevelt completely changed the history of American sports when he lobbied with the leaders of rugby football in the U.S. to introduce the forward pass and other radical rule changes like adding padding and helmets.

Even though rugby’s popularity steeply dropped off and Gridiron football dominated for almost all of the 1900s and turned into a sports and media superpower, rugby has started to make a comeback. As of right now rugby is the fastest growing team sport in the United States. U.S.A. Rugby, the highest governing body in the country, has over 115,000 members with 1,200 high school teams, 900 college teams, 700 senior teams, and 400 youth teams. What’s more, rugby has recently become an Olympic sport in the form of Rugby 7’s. The Rugby World Cup will be held this September in 11 locations around the United Kingdom. The U.S. is trying to make a strong showing by securing more than one win, which they have only done three times.

Although rugby has made a comeback, it has a long way to go until it joins the big four.