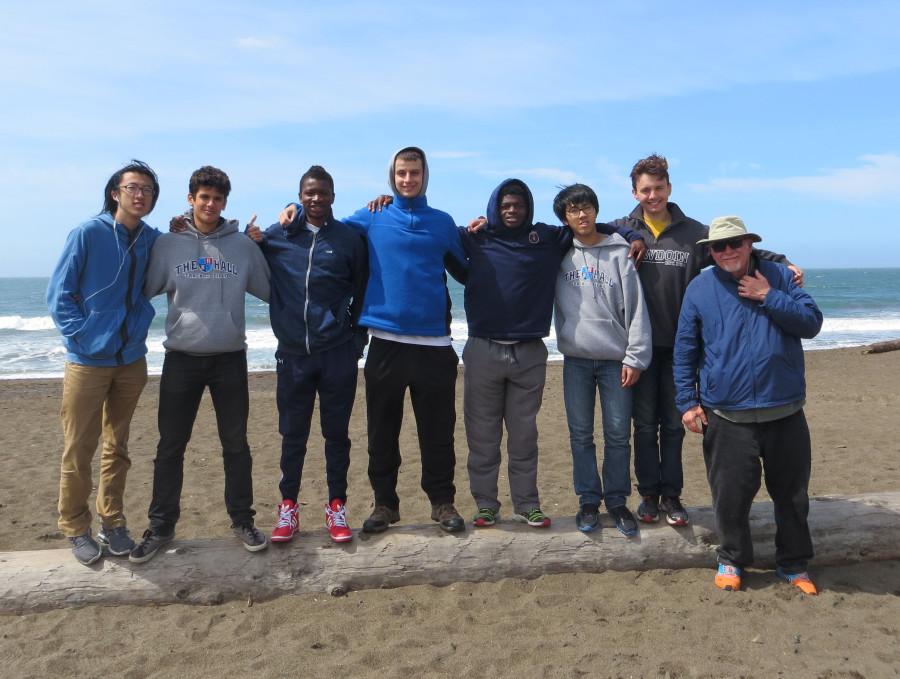 Mr. Luna poses for a photo with seniors on their retreat.

Many people have heard Mr. Luna’s stories, seen him around campus, and even been taught by him. He has created quite the legacy at Stuart Hall, and it only continues. Mr. Luna has been a part of the Sacred Heart Community since 1979, when he took a job at Stuart Hall for Boys. He had a fantastic career before he joined us here at The Hall.

Early in his life, Mr. Luna saw an advertisement in his home town, promoting acting classes for 50 cents. This was a discount considering an acting class usually cost $100. Through this acting class, Mr. Luna eventually ended up with the lead role in their play, “Exit the King.” After starring in this lead role, he returned to San Francisco with his wife and family. While in San Francisco, he began to write fiction, something he still does to this day. In 1972, he began teaching at Mission Dolores School. He then went on to work in The San Bruno School Park District. Eventually, he joined Stuart Hall for Boys in 1979, and became the assistant Head of School in 1982. He served for fourteen years, before finally returning to the classroom.

Meanwhile, Stuart Hall High School was expanding and in need of faculty. Mr. Luna answered the call. In 2003, he joined the Social Science staff here at The Hall. He later began began to teach the Acting Lab elective. He has enjoyed teaching this elective as it allows boys to act while playing sports. It also “forces” students to see a live play, when they normally might not. He also coached Junior Varsity Basketball with Mr. Farrell. His variety of talents are why he has been such an invaluable gem here at The Hall.

Mr. Luna vows to retire at 70, but I’m skeptical about this. He hopes he won’t abruptly retire and then quoted Douglas MacArthur by saying, “Old soldiers never die, they just fade away.” We must hope that Mr. Luna does not fade away soon, as Stuart Hall High School would not be the same without him.