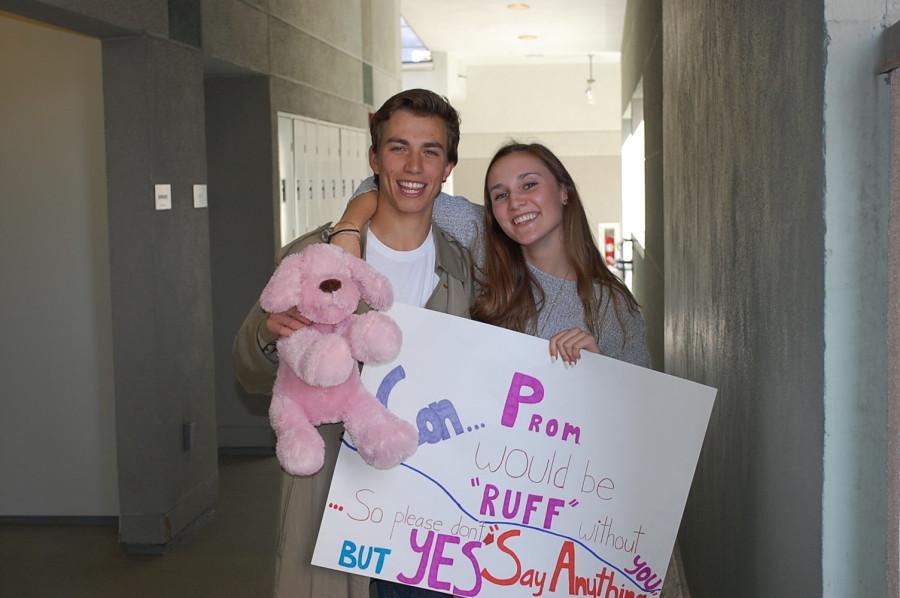 Prom, an event where boys and girls both dress up formally and dance for a night. After a quick internet search, it’s shown that an American family will spend $1,139 on Prom. Personally, I think that number is insane, but prom is a big deal to most high schoolers. This year, the CHS and SHHS prom will be held in the vast Flood Mansion at the Convent campus. On the night of May 16th, students will be dressed up and ready for a night of pictures, music, and slow dancing. Among the corsages, photos, and dress and tux rentals, the promposal is also a significant element of prom as a whole. A promposal is the mode in which you ask a girl or boy to prom. Relating a lot to a proposal, promposals are seemingly a judging factor to deem the extent of your feelings for that special someone. Some choose to go with their friends, go alone, or finally ask that one person. Facebook pages are created and ideas are constantly being thought of all based around the feat of asking a special someone to a formal dance.

For those who prefer something a little bigger than a “will you go to prom with me?”, there is always the option of making a meaningful sign. Though thoughtful, Ethan Tom ‘15 had a different idea: “I decided to play a song on guitar, I thought it would be more meaningful and genuine”. That’s for sure. We applaud your bravery and confidence. The specific song Ethan sung was “Count On Me”, by Bruno Mars. In contrast, Connor King Roberts ‘15 held a sign and bought a stuffed animal for his prom date. He also dressed in a trench coat and held up a speaker, emulating the scene from Say Anything. Asking someone out for any occasion takes a lot of confidence, and for those who are still contemplating asking someone, do it now before the time runs out!

A Facebook page was created called “csh/shhs PROMposals 2015”. Both Schools of the Sacred Heart have access to the page, and you are supposed to upload a video or picture of your promposal. The incentive to do this is that the couple with the best promposal will win free tickets. If you think your own promposal was good, document it on the Facebook page. Prom is right around the corner so get your dresses and tux rentals all figured out sooner rather than later.