Farewell to The Editors

Changing of the Guard: The Editorship 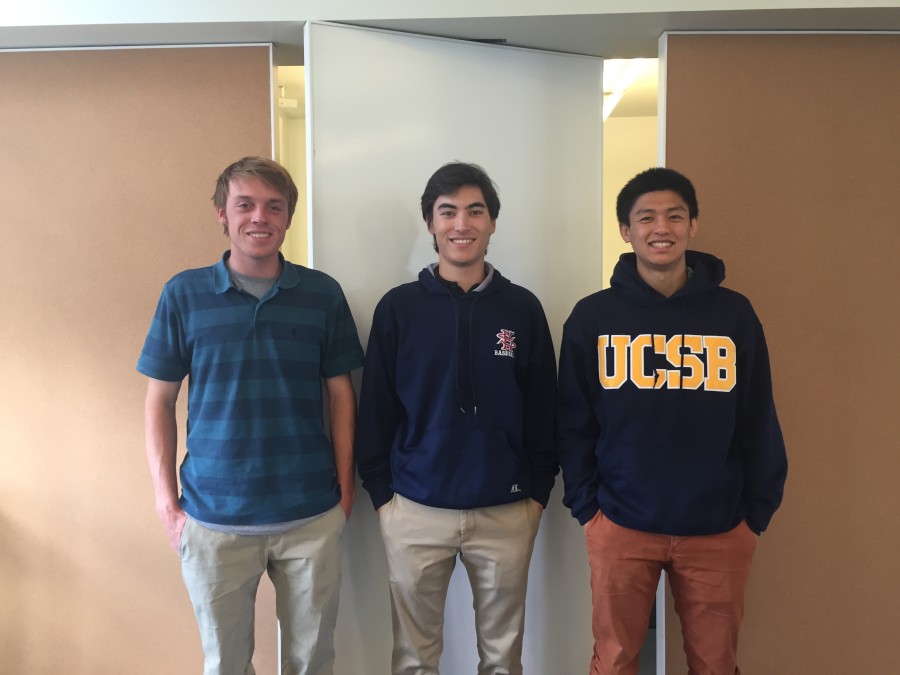 This spring, the members of the roundtable say farewell to their three senior editors, Stephen Everest, Austin Woo, and Will Paulsen. These leaders are tasked with managing their writers, organizing web layout, publishing articles, and making the paper as enjoyable as possible for readers. Under the current leadership, a change to separate into two sides, literary and news, was implemented this year. With a combined ten years of experience on the staff between them and countless articles written, this group of editors will be missed.

Stephen Everest, the news editor, prides himself on the sheer volume of his articles written. His relentlessness to create as much reading material as possible radiates down to his staff. He sets the tone for the news side with his work ethic and attention to detail, being the example for us to follow. His articles cover a broad range of topics, from Grammy predictions to March Madness to video game reviews.

Austin Woo heads the literary portion of the roundtable. His staff writes poetry and short stories, draws and paints artwork, and engages readers through other creative media. Known for his phenomenal energy toward writing, he motivates his side of the paper to be as creative as possible. When asked if he has any last words to share before leaving the Hall, he said, Working for the roundtable has taught me a lot about time management. I translate this work ethic into how I study. I have always liked to write, and this environment helped to foster my curiosity and work on writing skills.

Will Paulsen, the layout editor, does most of his work managing the design and look of the paper. It has been his responsibility to make sure readers are engaged by not just the artwork, poetry, and stories, but by the aesthetic of their presentation as well. Before becoming chief of layout, he worked on the news side. His favorite article that he wrote was about the sailing team, of which he is captain. “I felt like I made a significant contribution to the paper over my tenure here and I will miss it for sure.”

As much as Will, Stephen, and Austin will miss the roundtable, their staff will miss them more. Their enthusiasm for news and their dedication inspires their reporters, photographers, and artists. Without their passion for creating such a sensational source of entertainment, one could only imagine the havoc that would have ensued without them.

Next fall, the reins to the editorship will be passed to Nick Hom and Owen Fahy, both currently on the news staff as reporters. Despite their limited experience with the paper, this year they dedicated vast amounts of time and energy to writing to the best of their ability. Stephen, Austin, and Will already started showing the freshmen the ropes of being editors and will continue to mentor the young proteges until mid May, the time of graduation. “I’m excited to continue the excellence expected from this paper and can’t wait to engage the school even more next year,” said soon-to-be editor Owen Fahy. Nick, too, is excited to take on his new role, saying, “I’m ready to take over for Will as layout editor and I’m already learning the ins and outs out the position.” Although the paper says farewell this May to a phenomenal leadership team, Nick and Owen are prepared to take charge at the roundtable.