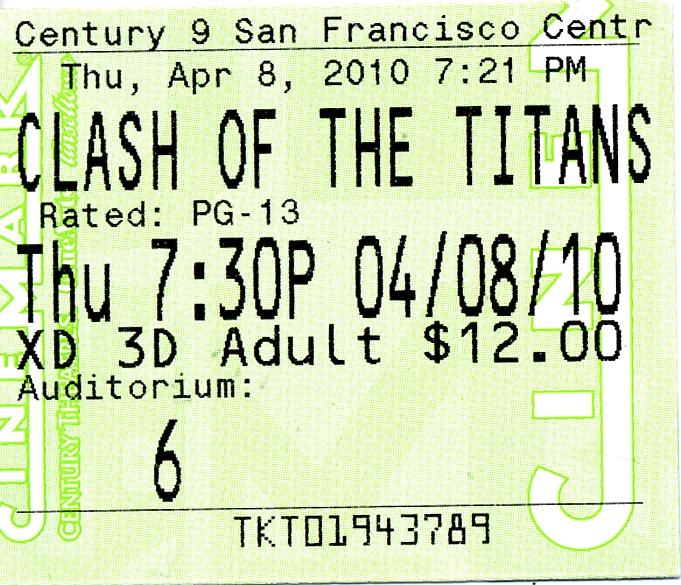 If you’re the type of person who enjoys sharp visual effects and great action scenes, this movie is just right for you.  However, if you’re the person who enjoys an engaging plot and stunning 3-D graphics (like those in Avatar), then you might want to catch a different flick.  The movie revolves around Perseus, a demigod, the son of Zeus and Danaë.  Clash of the Titans begins with Perseus as a baby, who is found by a fisherman inside a coffin with his mother.  The fisherman decides to keep the infant and raise him as his own.  Many years later, while Perseus and his family are fishing, they witness soldiers destroying a statue of Zeus and declaring war on the gods. As a result, Hades springs from the underworld with his evil creatures, killing all the soldiers in addition to Perseus’ family.  Seeking revenge for the death of his family, Perseus enlists the help of daring warriors to stop Hades from unleashing his wrath upon the earth.

The movie progresses as Perseus and his fellow warriors fight multiple mythological creatures, including Medusa and the Kraken.  Most action and fighting scenes were very well portrayed and thorough.  As the movie reaches its climax, I was left with a sense of disappointment. I don’t want to reveal anything to you, but I will tell you that the scene was quite short and left me wanting more.

Another thing that left me down was the film’s 3-D effects.  You would think a movie like this would have good 3-D effects, right?  Well, you’re wrong.  It was a complete waste to spend an extra $5 on top of a regular ticket to watch it in 3-D.  There were barely any scenes that were in 3-D.  I didn’t find out until after watching movie that unlike Avatar, Clash of the Titans was not originally filmed in 3-D, meaning that the editors had to shoddily add the effects after filming was completed.

Overall, I think at best, the movie is mediocre.  There were great action scenes but the lack of plot plagued the film.  In a sense, Clash of the Titans was simple but enjoyable at the same time.  If you’re out and want to see a fun movie, go ahead and watch it, but if you’re looking for the best bang for your buck, I’d recommend you choose something else.