Spielberg Does It Again

Bridge of Spies Lives Up to Expectations 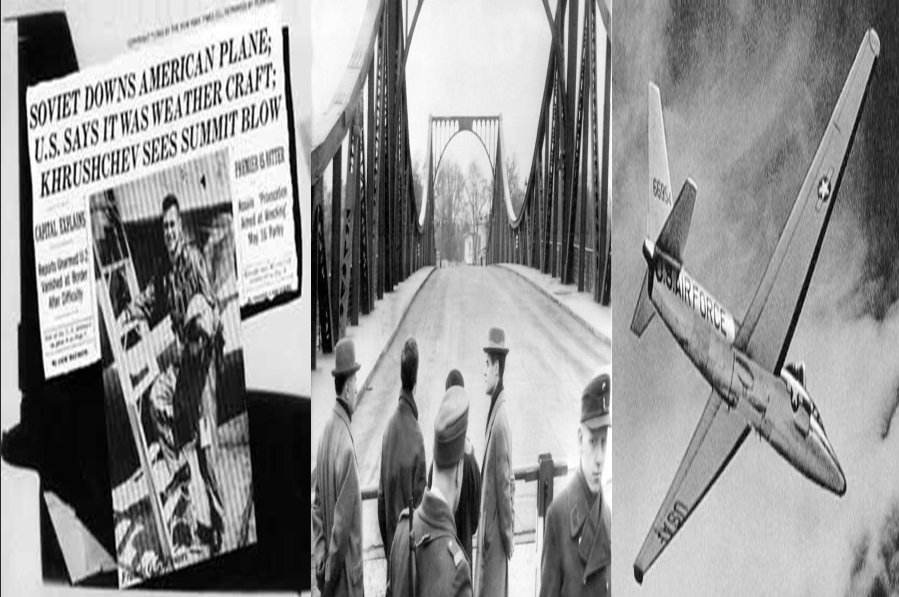 The Cold War was a time of many close calls and great adventures that make for excellent stories. There’s the Cuban Missile Crisis, the B-59 Submarine incident, Operation Snake Eater (Okay, that last one didn’t actually happen, but that’s what happens when video games teach better history than your average public school), and many more.

But this winter, legendary director Steven Spielberg has taken it upon himself to tell the story of the U-2 incident from 1960.

On May 1st, 1960, a USAF U-2 spy plane piloted by CIA agent Francis Gary Powers was shot down in Soviet airspace. In exchange for his freedom, the US offered recently captured Soviet agent Rudolf Abel, and former insurance lawyer, James “Jim” Donovan, was asked to negotiate the exchange.

Having watched the movie less that 12 hours before writing this, I can safely say, Spielberg has done it again. The direction, is, as always, excellent, never failing to evoke the correct mood in the audience, constantly keeping the viewer invested even in some of the less action oriented scenes, and making you truly think you’re in 1960’s, watching these events play out. Even as a film student myself, I had a hard time keeping up with every shot, angle, and edit, each of which was chosen with care to subtly say what mere words could not.

The script is also great. It was written by the Coen brothers, best known for their work on Fargo, The Big Lebowski, No Country for Old Men, Burn After Reading, and True Grit (2010). Ethan and Joel do a great job of making what could have been a jingoistic and boring drama into an interesting narrative and moral discussion of the concept of espionage and justice. Without going into spoilers, I will say that the film wisely decides to portray both sides of the conflict as very human, and examine why they do what they do, asking what ends justify what means in war. Ultimately, it’s the main protagonist, Tom Hanks’ Jim Donovan who plays the film’s moral epicenter, unwilling to sacrifice his principles even in the face of adversity as severe as thermonuclear war.

But where would any star-studded film be without its characters and the actors who play them? Honestly, this is probably the film’s weakest point. That’s not to say any of the characters or actors are bad (except maybe the stilted and unconvincing performance of Noah Schnapp as Donovan’s son, but he has a very small role), far from it. Tom Hanks, Mark Rylance, and Alan Alda as historical figures James Donovan, Rudolf Abel, and Thomas Watters are all great in their roles, and you really do see them as the people they’re portraying. The problem mostly lies in how many of their characters remained underdeveloped and two dimensional throughout the whole film. Donovan is depicted as somewhat of a Mary Sue (character who is perfect in every way), at least in regards to his morals. No matter how high the stakes get, we never really see him face any moral dilemma or internal conflict over whether his idealism is practical, and he never compromises, falters, or even changes much throughout the entire runtime. The lack of development on the other characters is somewhat more justified, as the film is adapted from Donovan’s memoir, and many of these people would probably act like this in real life, but it still is a shame that Rudolf Abel remains calm and stoic in the face of death, and while we do learn about him as a person and not just an enemy agent, he still can seem more like a plot device than an actual person (a running joke is even made out of Donovan saying something along the lines of “are you worried?”, and Abel saying “would it help?”). Even the CIA agents are somewhat flat, without much real personality beyond “We want to win this Cold War, no matter the physical or moral cost”, and once again, act more like the personification of an ideology or viewpoint than actual people.

That said, none of these flaws truly distract from the great experience of watching Bridge Of Spies without intense scrutiny. Steven Spielberg’s latest potential classic is a great film, with great acting, direction, and writing that will keep you from ever being confused or bored (that would normally be expected of such a subject matter). If you want to see a great movie that can both entertain and educate you while questioning your view of history, nationalism, and morality, go see Bridge Of Spies at your nearest theater.