And the Oscar Goes To…

who will be honored with the award? 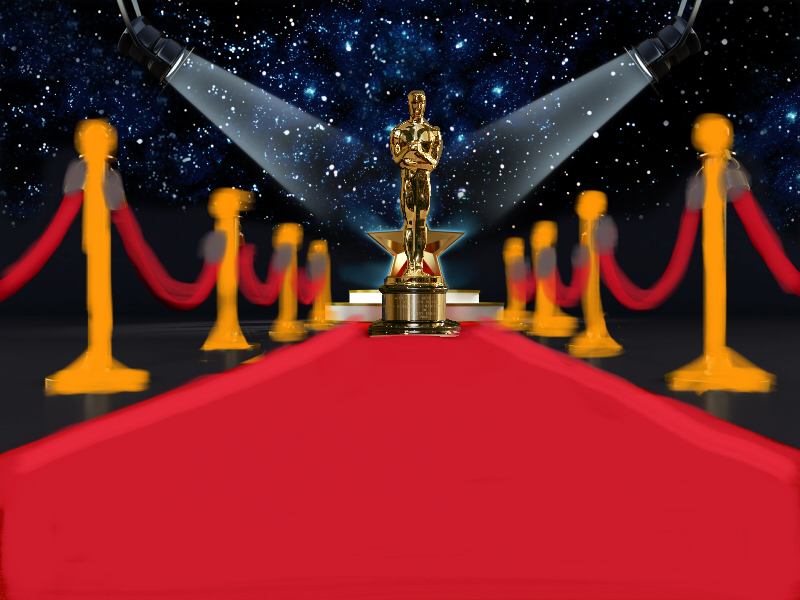 The Academy Awards are the highest honors in film. Every field you can name in the film-making business is nominated for the top achievements of that certain year. Millions of Americans and film lovers around the world will watch the awards on February 28. Whether they enjoy the Red Carpet interviews, or they watch many of the nominated films, or whether they just need something to do on a Sunday – the Oscars are one of the most popularly viewed specials on television. The best actors and actresses, screenwriters, and directors are recognized with the famous gold statuette. But the most anticipated award and the finale of the night, is the Best Picture.

The nominees for Best Picture are The Big Short, Bridge of Spies, Brooklyn, Mad Max: Fury Road, The Martian, The Revenant, Room, and Spotlight. Now, a few of these films are relatively unheard of. This is often something the Academy is commonly known for. They will nominate something not solely based off of mainstream popularity. This is good, but at the same time, outcry over unfair nomination strategies is understood. The nominees for Best Actor are Bryan Cranston, Matt Damon, Leonardo DiCaprio, Michael Fassbender, and Eddie Redmayne. Every one of these actors has been nominated or has won an Oscar except for Bryan Cranston. Cranston, known mostly for his television roles is a late newcomer to film recognition. And of course, the running joke about Leonardo DiCaprio’s constant failure to win an Oscar could continue. This is his sixth nomination and he has not won a single one yet. And the nominees for Best Actress are Cate Blanchett, Brie Larson, Jennifer Lawrence, Charlotte Rampling, and Saoirse Ronan. Returning winners are Blanchett and Lawrence. Other honorable mentions in other categories are Christian Bale, Sylvester Stallone in a comeback role, and Rachel McAdams up for her first nod.

The acting awards and the Best Picture are the most awaited awards of the night. And what is my opinion on who will win these accolades? For Best Actress, I strongly think that the Academy will vote in favor of either Cate Blanchett or Jennifer Lawrence. If they win, it will be their second victory. I believe this will be the case because Brie Larson is simply too inexperienced. An actress in her early twenties can rarely win the award. For Saoirse Ronan, I don’t think there is a chance. Brooklyn was an obscure film and her character is far too unoriginal. Though Charlotte Rampling could possibly come through as the dark horse that unexpectedly wins, I still think that the award will result in another victory for Lawrence or Blanchett. They are consistent actresses. For Best Actor, I have my money on DiCaprio. I think he will finally win his well-deserved honor. Regardless, he faces heavy competition from Matt Damon and Redmayne. Redmayne is the returning winner and Damon is known for winning a writing award for Good Will Hunting in 1998. While I do think that Fassbender and Cranston are very well-deserving actors, Fassbender is the kind of actor who never quite reaches the large status he deserves. Cranston is relatively new to film, so he probably won’t triumph. DiCaprio has finally landed a challenging-enough role to garner widespread acclaim. The award is as good as his.

The Oscar for Best Picture goes to… The Martian. It seems like a long shot, but this film draws many similarities to Gravity. People generally enjoy the mind-bending dramas with graphic special effects. With a good cast, and an original plot idea, it’s likely that this film is the rightful winner. It is presumed that a box-office hit will take the award this year. Another possible victor could be Spielberg’s Bridge of Spies with Tom Hanks. It is based off of a riveting historical experience and Spielberg himself is always successful when he puts out a movie. Last year when Birdman won the Oscar, it was just another one of those films the Academy liked because it catered to them personally. To many, as well as myself, Birdman was actually mediocre and preachy because it portrayed a complaining actor going through impractical circumstances. It wasn’t a commercial favorite and moreover spoke to a pretentious critic. I think that the Academy will finally come around and award Best Picture to an all-around favorite. Lucas Miller ‘18, says that the film was: “Very well put together. It was captivating and its scientific concepts were surprisingly accurate.”

Whatever happens in the Oscars this year will be interesting, regardless of who wins. This awards ceremony is watched by millions of people worldwide every year. And even if you don’t happen to enjoy the dramatic films that are nominated, comedian Chris Rock is the host of the awards so there’s bound to be plenty of comical remarks made about the industry. So save the date for February 28, whether you are an avid film fan or not, everyone enjoys watching.