Colin Carr soars above the clouds 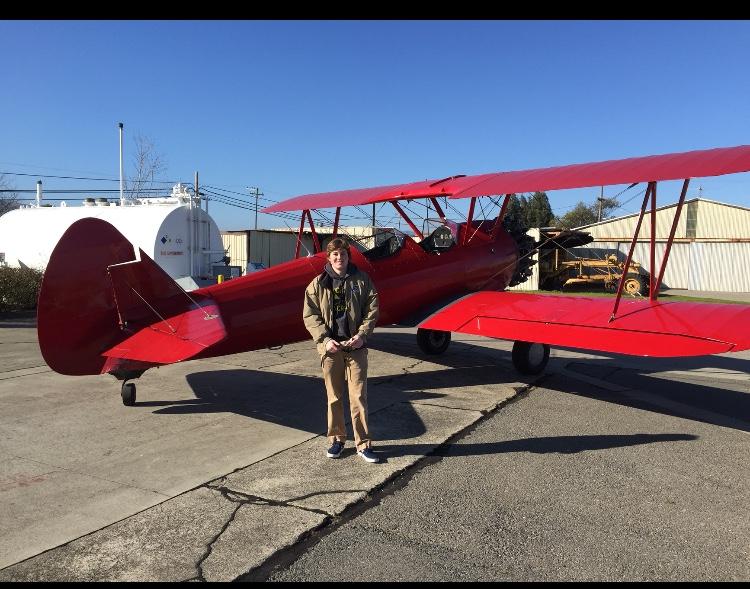 Miles above the ground: Is it a bird? Is it a plane? No, it’s Colin Carr.

“We’re soaring, flying, there’s not a star in heaven that we can’t reach.” This inspirational quote from the timeless High School Musical is something that is always in Colin’s head as he soars through our skies himself. Colin Car ‘16 is a full-time student and a part-time pilot. I first met Colin during the summer of sixth grade at an aviation camp. It was delightful to reconnect with him freshman year and hear that as my interest in aeronautics slowly decreased, Colin’s interest in aviation grew stronger as he entered high school. While some students spend their time after school participating in school sports or other hobbies, Colin climbs in the cockpit and mans a flying machine. Perhaps he needs a little more thrill out of life than the average person.

I had the chance to ask Collin a few questions about his hobby. When asked how he initially got into aviation, Colin mentioned, “I was heavily influenced by my dad. He was always into aviation and got his private [license] at a young age (19). As well as that, I was exposed to flying at a young age. The first time I was in a prop [plane] was when I was 6 or so and I really loved it.”  Colin’s passion for flight grew from that point on, and he is currently working on getting his license. I was curious to learn more about the process of getting a pilot’s license. Is it similar to getting a driver’s license? Well informed about this subject, Colin said, “The process for getting a pilot’s license is a lot different than getting your driver’s license. For flying you have to have a certain amount of hours as well as completing a solo [flight], several cross country flights (landing at multiple airports), and a certain amount of night time flying. Then you have to get a check ride to confirm that you know what you’re doing inside the cockpit. You also have to take a written test too.” That sounds a lot more tedious than the process for getting a driver’s license, that’s for sure! He doesn’t own his own plane-apparently they can be a little pricey-but he uses his flight instructor’s. Colin tries to get in the air as often as he can at Sonoma Skypark, but he notes, “I do not have my license yet. I have soloed multiple time as well as completing all the flying portions necessary for my license, but with senior year as busy as it is with sports and college apps, it was hard to find time for the written test and prepare for my check ride.” Colin is planning on finishing his written portion of the test this summer when the pressure of college and school let up and he has time to study. I can’t imagine flying a small prop plane, especially alone!

We wish Colin the best of luck in getting his license. It was nice to reconnect with him and learn about his unique hobby. If you are interested in learning more about aviation, or the process of getting a pilot’s license, feel free to pick Colin’s brain. Jackson Rhodes, signing off.