a historic week around the NBA 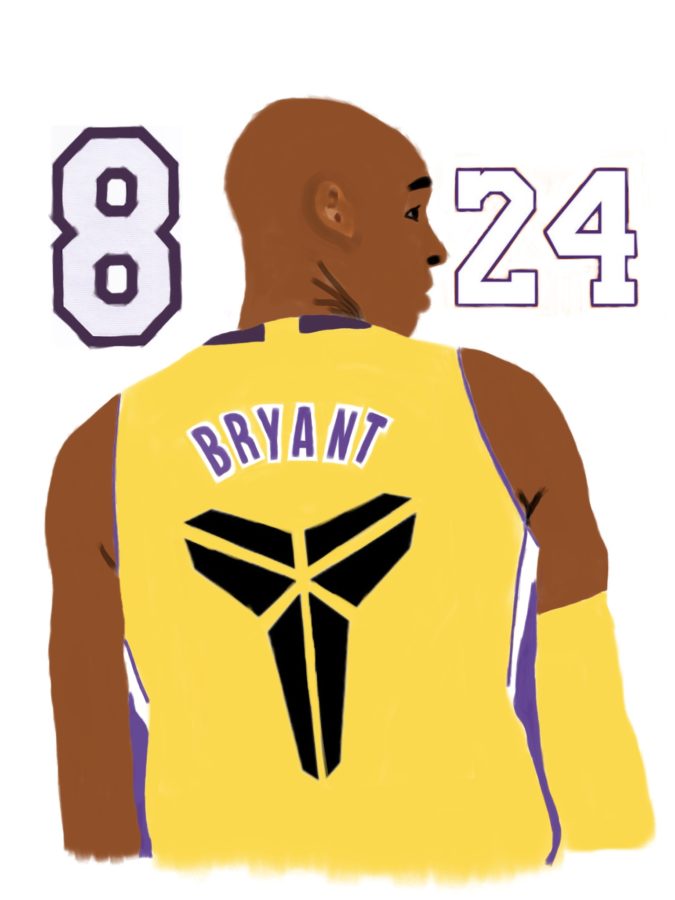 Regardless of the number on his back, Kobe was a legend his whole career.

By Harry Billings and Max Rodriguez

Kobe “Bean” Bryant has been one of the best players in the history of the NBA. Coming straight out of Lower Merion High School in south Pennsylvania, Kobe was originally drafted 13th overall in the 1996 draft by the Charlotte Hornets. Shortly after, he was traded to the Los Angeles Lakers where he would turn into the future Hall of Famer and five-time champion you see today. At the start of the 2000 season, Kobe and Shaquille O’Neal turned heads by proving to be one of the most dominant tandems to ever play the game. While playing with O’Neal, Kobe averaged 22.5, 28.5, and 25.2 ppg and would lead the Lakers to three championships. Kobe would end up being an All-Star in all three of those years, while also making one of the All-NBA teams and All-NBA defensive teams. Fast forward to the 2006 season and Kobe was back on top, as he dropped 81 points on the Toronto Raptors. Two years later, he won the MVP award while averaging 28.3 ppg and playing all 82 games to lead the Lakers to a 57-25 record. Bryant seized his final two championships in ‘08-’09 and ‘09-’10, where he would win Finals MVP both times. Kobe’s career declined with a season-ending achilles injury that he suffered playing the Warriors during the ‘12-’13 season. In 2014, Kobe tore his rotator cuff in the first couple games of the season, causing him to be on the sideline for the rest of the year. During the ‘15-’16 season Kobe announced his retirement, which began the “Kobe farewell tour”.

It is always hard saying goodbye to someone or something, which makes it hard to see Bryant go, but it is important to remember that Kobe has been an inspiration to all young players. Rex Walters ’17 said, “It’s sad watching someone like that go. My dad told me stories about how he used to play Kobe in the NBA and how much of a competitor he is. His competitive nature was an inspiration to me growing up and playing basketball.” Whether remembering him as number 8 or number 24, Kobe Bryant will forever be remembered as one of the greatest players of all time.

On the same night the “Black Mamba” shone in the Staples Center, Oracle Arena was collectively holding its breath in anticipation of history. The Golden State Warriors were taking a shot at basketball immortality. The Bay Area held its breath, and Steph Curry and the Warriors did not disappoint. Curry hit 10 three pointers and scored 46 points in a resounding, 125-104, victory over the Memphis Grizzlies. The Hall has strong ties with the hometown team, some of the Stuart Hall High School students are even season ticket holders. The Hall community was watching and celebrating as “The Dubs” made NBA history. As sophomore Warriors enthusiast, Nick Shkolnikov put it, “The team chemistry and camaraderie on the court is very noticeable, they really are a remarkable team.” Finishing 73-9, The Warriors had one of the more dominating seasons in recent memory, if not ever. Led by Warriors’ incumbent guards Steph Curry and Klay Thompson, alongside emerging superstar, Draymond Green, this Warriors team is dominant on the court, and are classy off of it. They have found a balance that is rare to see in sports today. Not once this year has a bad remark about a Warriors’ player’s activity on or off of the court arose in the media. The debate over whether the ‘95-’96 Bulls or ‘16-’17 Warriors are the best team in history will be one that is brought up time and time again with seemingly no answer. But for now, we are content to just sit and watch history unfold.