Convent & Stuart Hall celebrate the biggest dance of the year 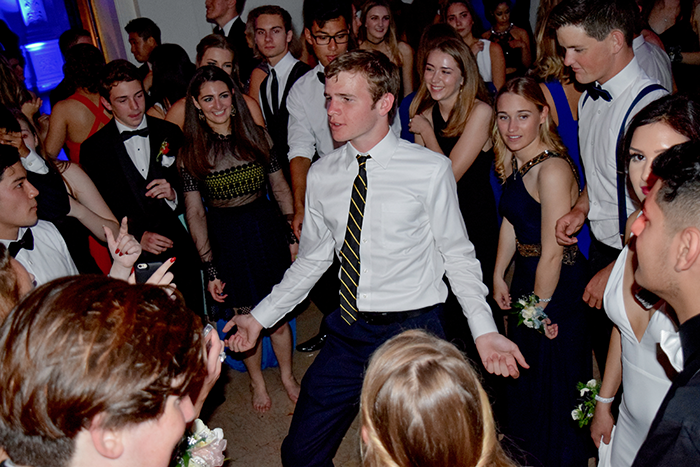 Prom is undoubtedly one of the most famous American high school pastimes. For many seniors, it is the last dance, the last big school event before graduation. As such, prom has become the most anticipated event of the year. Often times, planning for prom begins months before the event itself. The whole process from finding a date to buying or renting attire, is the same at The Hall. Boasting one of the lowest ticket costs in the Bay Area, Convent & Stuart Hall’s prom was held on Saturday, May 14. The secret behind low ticket cost is that the event is held in Convent’s very own Flood Mansion. The theme this year was “Enchanted Forest,” and prom was surely enchanting this year!

Traditionally, most high schoolers attend a pre-party at someone’s house to eat dinner and prepare for their event. Last minute wardrobe changes are made, boutonnieres and corsages are exchanged and photos are taken before everyone heads off to the big dance. When Convent & Stuart Hall students arrived, they were greeted with glowing path of candles leading to the beautiful doors of the Flood Mansion.  The enchantment started there.

Prom was from 7:00-10:00 p.m., and there was plenty to do in those three, short hours. There were delicious handmade crepes to eat, a photobooth and even a professional caricature artist! At the back of the hall was the DJ and dance floor which was mostly empty for the first hour of the night. When prom started and guests were still trickling in, most people were content with mingling with each other, introducing dates and taking pictures. There was even a Snapchat geotag just for our prom! As the night went on, the dancing started and one of the highlights of the night was Mr. Luna busting out his moves on the dance floor.

As guests began to leave and prom came to a close, one could easily tell by the energy in the air that prom was a success. Disputes the chaos of coat check, guests left the mansion with a smile on their faces after another successful prom.