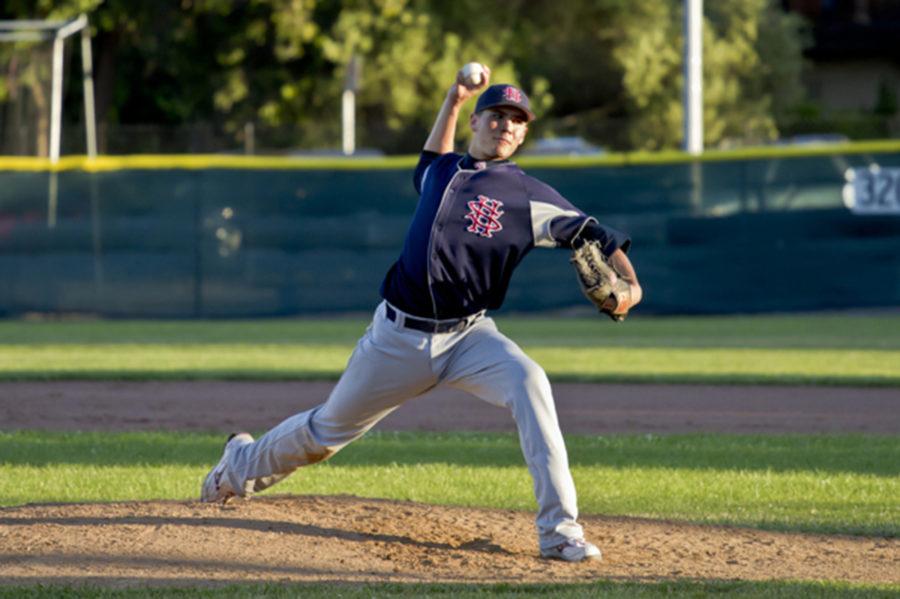 By Harry Billings and Sam Cormier

The Hall has had a very strong baseball program over the years, with very dominant players. One of the best players in Stuart Hall history, and the only Division 1 recruit, was Frank Duncan ‘10, who was not only a star baseball player but also played basketball and soccer for the Hall.

Frank Duncan excelled at baseball the most, winning a league championship twice and having an absolute monster year in his senior season. He pitched 72 innings, had an E.R.A. of 1.36, struck out 127 batters, held opponents to a .195 average, and pitched two no-hitters. He got recruited by Kansas, Santa Clara, and U.S.F. as a walk-on recruit, meaning he had to tryout for the team after he got into the school. Frank told the roundtable that he chose Kansas because it is in the Big 12, one of the best baseball conferences in the world.

After a stellar career both in high school and college, Frank was drafted by the Cleveland Indians after his junior year at Kansas. However, he decided to return for his senior season and finish college. He wanted to leave a legacy at Kansas as a hard-working guy both on and off the field, and thought that he needed one more year to do so. The hard work payed off, as he was in the draft again after his senior campaign, striking out 82 batters in 118.2 innings and maintaining a 2.58 ERA over that span. He was rewarded for his efforts, getting drafted again, this time to the Pittsburgh Pirates. He remains to this day then community service record holder for the Pirates Organization. This is a testament to the values that he was taught at Stuart Hall, as well as a showing of Frank’s commitment to service and to the values taught at The Hall.

Duncan currently pitches for the Altoona Curve, the Double-A affiliate for the Pirates. Duncan has been striking people out at the same stratospheric rate, holding a 2-1 record with a 1.20 ERA for the Altoona Curve. He is living his childhood dream, but it’s not all rainbows and butterflies. As Duncan put it, “Minor league baseball is fun because at the end of the day you’re getting paid to do something you’ve always dreamed of doing. At the same time, it’s extremely arduous. As glamorous as the MLB is that’s how unglamorous Minor League Baseball is. We make something like $2 an hour and have long bus trips and crazy sleep schedules. That being said it’s an experience I wouldn’t trade for the world.”
Duncan is yet another example of a Stuart Hall Knight finding success, as we’ve become so accustomed to seeing. Frank’s journey has been a long and successful one, all starting with his time at Stuart Hall. Frank Duncan may be a Pirate now, but his Knight blood still runs deep.