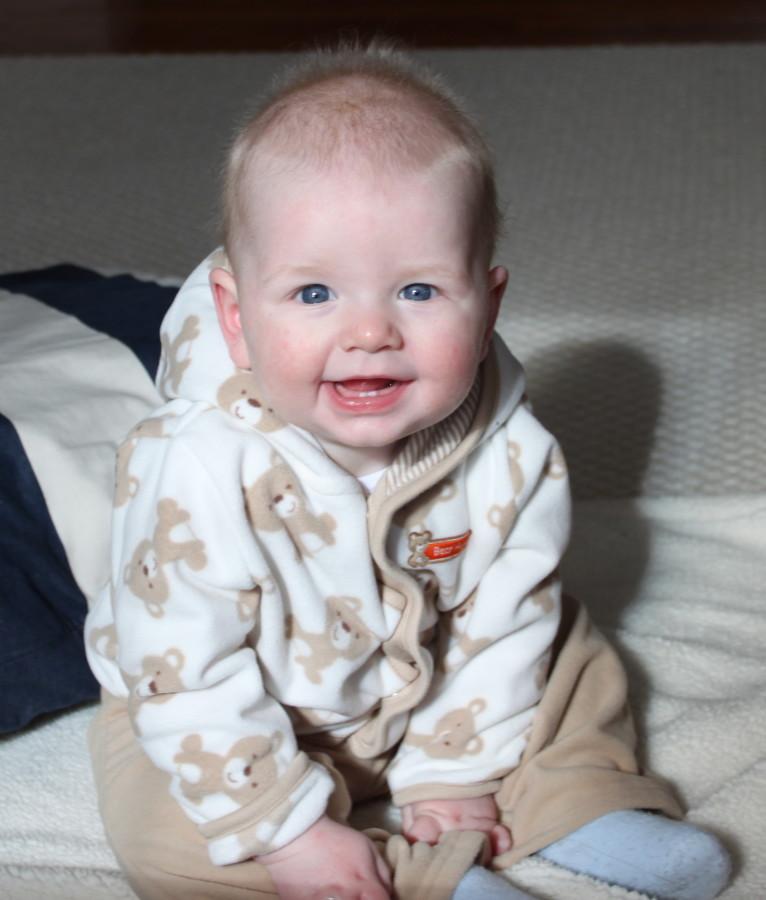 Recently, we’ve been hearing about all these teachers becoming new parents, but do we know anything about their newborns? Here’s some information about them to keep you updated about who these babies are.

Jack Collins was born on August 8, 2009 at 8:01 am. He is a jolly little fellow who resembles Mr. Collins, but has the smile and humor of Mrs. Collins. She especially loves his hair and the fact, as she points out, that he is her baby and no one else’s. He is able to sleep soundly with a few outbreaks once in a while; not too long ago, according to Mrs. Collins, “he wanted to party at 3:30am.” He is fascinated especially by minute details of objects such as the button of a shirt. Mrs. Collins is hopeful that he will grow up to be healthy and pursue a happy future.

Tucker Nasir Khan, also known as Nas, was born on May 28, 2009. He is a very mellow and carefree baby who “looks like Mr. Luna with more hair, but the same number of teeth.” Mr. Khan explains, sarcastically as he does with the rest of the comments about his baby: the amazing thing about this baby is either he’s not showing any of his potential or plain has none. He seems to do nothing around the house, sleeps all day, leaves a mess, and only knows how to clap aside from sitting up, rolling over, and semi-crawling. Sleeping is no problem for Nas, because he slips back into dreamland every two hours after he wakes up, except for his bad nights when he has trouble sleeping. He is intrigued by technology and anything he is able to fit into his mouth, but he used to have an interest in interactive books which he is bored of now and flips through the pages out of habit. From his gluttony and lazy attitudes, Nas seems to have a bleak future in the employment field unless he starts walking and talking.

Lila, whose name means ‘Night’ in Hebrew and Arabic and the name that Ms. Pollak knew she would name her first child 10 years ago, was born on July 10, 2008 at 10:25 pm. She has a bubbly personality where she is not shy to compliment others like the time she told Mrs. Collins, “I like your pretty eyes.” She has an interest in food and in music, both of which she got from her parents. Lila inherited her father’s features, except for her mother’s eye color, skin tone, and hair. She can be a drama queen just like her mother, as Ms. Pollak has been told by others. After a huge effort, Lila is able to now sleep soundly without disturbing anyone. She has the coveted mind of a prodigy and is eager to grow up. Living in diverse and exciting San Francisco, Lila is sure to experience even more thrills in her future.

Claire Woodard was born on February 4, 2010. She is a very inquisitive child who has the looks of her mother, but the “difficult temperament” of her father. She is beginning to smile at the sight of her parents. Claire has a hard time sleeping and has reduced her parents’ sleep time from 7 to 8 hours to 3 to 5 hours. She seems to have a lot of gas to put out. She is interested “in contrast and white noise machines.” Mr. Woodard hopes to put a golf club in her hands as soon as she can stand because “30% of women golf scholarships go unclaimed.”