Hall prepares to live up to hype

Knights look to keep up their winning ways. 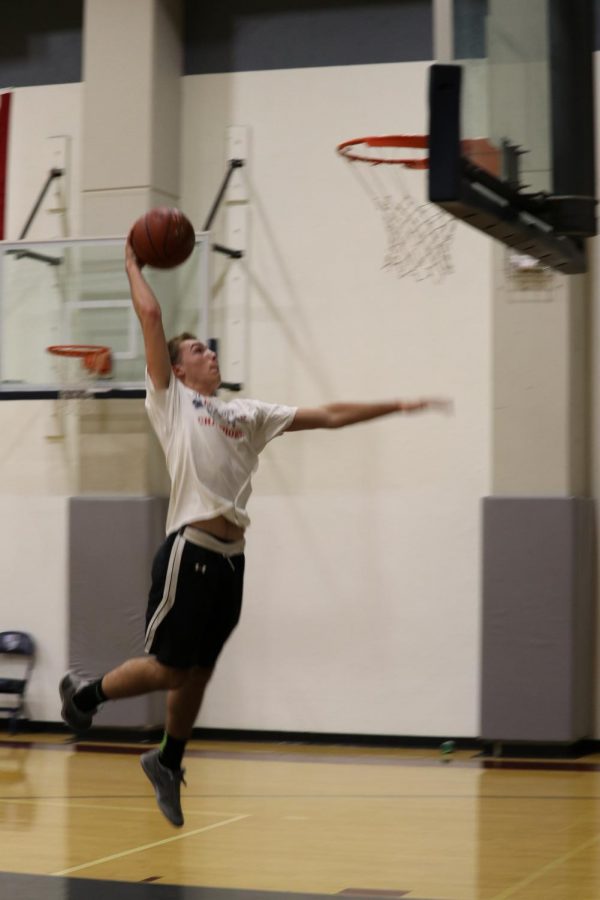 After an exhilarating season last year, the Stuart Hall basketball team is hungry for more success as winter approaches. Last season the Knights went 22-9, winning the Damian Lillard Classic and making an appearance in the CIF State Championships.

Stuart Hall has been a historically strong team, reaching the state tournament in the last four seasons. In the past three seasons, the Knights have consistently ranked in the top-200 in California, peaking at 101st in the 2014-2015 season.

“Of course expectations are always high, but it always matters how we come out and perform,” Miles Amos ’19, a second-year starter, said. “State Championship would be nice, but we have a long way to go before that.” 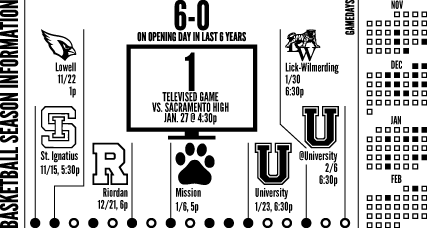 One of the focuses this year is rebuilding team chemistry following the loss of seven seniors from last year’s team, according to Head Coach Charles Johnson. The squad will look to fill out the roster with former JV players Owen Fahy ’18, Kelvon Golsen ’18 and Joseph Weinstein ’20.

“We are a little guard heavy, but I think we have an unselfish group, and we put a lot of work in during the summer,” Johnson said.

With the largest freshman class in school history, cuts are expected to increase to approximately 15-30 players. Sixty-70 players are expected to come to tryouts with only 45 total roster spots available, making the competition the fiercest it has ever been.

“I think there’s a little bit in our little basketball world that maybe this is going to be a down year for Stuart Hall, but that’s not going to happen,” Johnson said. “We also have a massive schedule.”

The Knights’ schedule includes many big schools such as Archbishop Riordan, Mission and Sacramento High School. The frosh-soph and junior varsity teams will both compete in the Miramonte High School Tournament in December, making it the first time the tournament has been open to non-varsity teams.

“Every game I expect a win, but we need always to play like it’s our last,” Amos said.