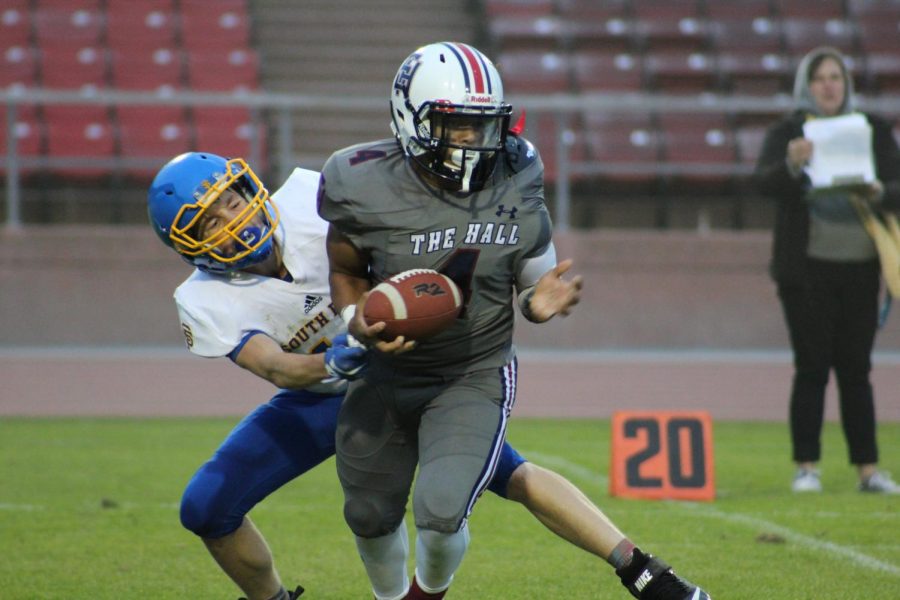 Stuart Hall football topped off Homecoming weekend with a win that continued the Knight’s undefeated record.

“We all played well,” quarterback Jonathan Newsome ’19 said. “Our ball movement was good, and we had seven touchdowns, which is a lot for high school.”

Newsome contributed greatly to the win himself, throwing four touchdowns and running for two, including a 65-yard fumble recovery.

Running back and receiver Alex Byrd ’19 also had a mighty performance, catching a touchdown pass and running a whopping 70 yards through an entire defense for a touchdown.

Despite the dominating victory, Byrd says the team needs to make some improvements.

“Defense did end up getting a bit sluggish in the second half,” Byrd said.

“The Homecoming crowd definitely fired us up and inspired us,” Newsome said. “We need the crowd to be that supportive and active always, so we perform to our best.”

Byrd also stresses the importance of the community’s involvement.

“Having a supportive crowd drives us to succeed,” Byrd said. “It just brings the intensity up.”