Youth need to advocate for justice 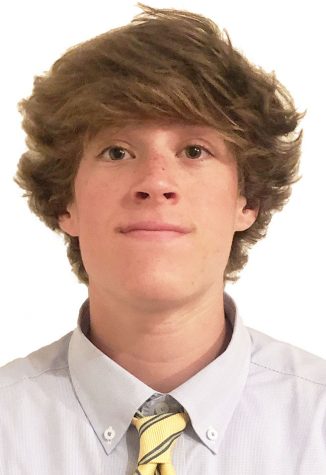 In a time when social media promotes youth participation in activism, it is puzzling that teens and young adults have stayed silent amidst the chaos surrounding Jeffrey Epstein’s indictment before his suicide.

Multi-millionaire and businessman Jeffrey Epstein was taken into custody in New Jersey on July 6 and subsequently charged with large scale trafficking of minors for sexual exploitation. Two months later, he was found dead in his jail cell. The coroner ruled his death a suicide.

Allegations of sexual misconduct are appalling, but they shouldn’t be particularly surprising. Officials knew about Epstein’s lascivious attitude towards minors and his history of misconduct for a while.

Epstein was convicted over a decade ago for procuring minors for sex, yet he served only 13 months at the Palm Beach Stockade, where he was able to visit his offices for up to 12 hours a day under a work release agreement.

It’s obvious that the inadequate punishment wasn’t enough to stop Epstein from continuing to perpetrate. But, social awareness may have.

The Me Too movement that began in 2017 shined light on numerous cases of sexual misconduct, some of which involved public figures. The stories of those victims who came forward were retweeted, posted about and commented on by anyone who wanted to raise awareness — including young activists.

The movement received extensive media coverage, which consequently raised awareness about sexual violence. If activists discussed the lack of punishment Epstein faced back when he was originally convicted in 2008, the whole case against Epstein would have been under media scrutiny. Media attention then could have led to a harsher punishment for him.

This could have saved minors from future violence and misconduct.

Epstein is now dead, but that does not mean that awareness cannot be raised and that justice cannot be realized.

Teens posted about the Me Too movement a couple years ago to raise awareness for sexual violence. These teens considered themselves activists, but they remain silent while victims of Epstein fight for justice.

The world knows that Epstein was involved with other New York elites like Bill Clinton and Alan Dershowitz. Epstein had a painting of Clinton in his apartment, and Dershowitz has been accused of misconduct himself. Awareness about Epstein’s crimes could pressure authorities to dig deeper into the powerful men and women connected to Epstein. But, the world is quiet, and the youth activists stay silent.

It is imperative that awareness is raised about Epstein’s malfeasances so that minors are less likely to be exploited by powerful individuals.

Human trafficking is operating as a $32 billion business in the United States, according to the Polaris Project. Raising awareness for its pervasiveness could make unscrupulous individuals like Epstein less likely to exploit.

To raise awareness, though, teens and young adults needs to speak out using the tools they are most familiar with: social media. Teens have been so successful at raising awareness, they can have an impact on awareness about
exploitation.