Universities go test-optional due to pandemic; some schools to keep new requirements 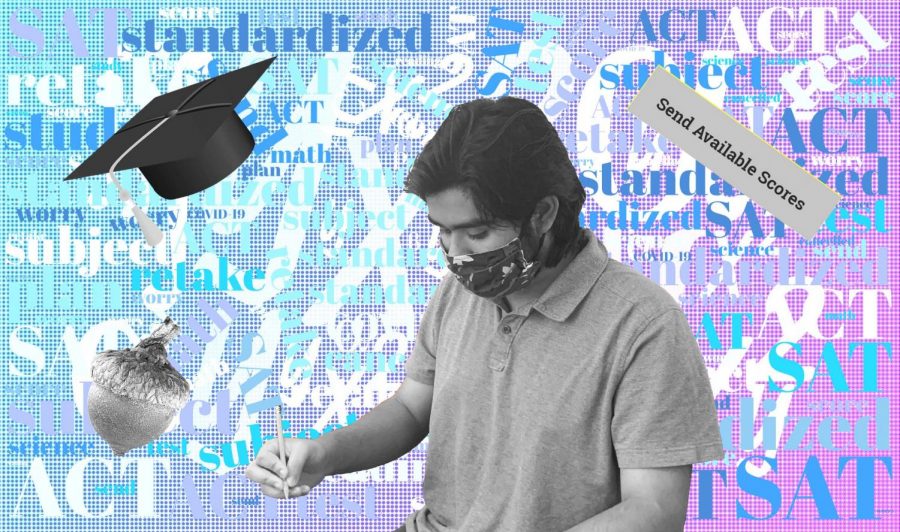 As an increasing number of colleges go test-optional for the 2020 admissions cycle due to test day cancellations because of COVID-19, students must decide whether or not taking standardized tests will help their applications. Some universities said they will adopt test-optional policies permanently, while others say they will require tests again once the pandemic has ended.

Many universities across the United States and around the world have altered their requirements for standardized testing in college applications due to unequal access to testing facilities during the COVID-19 pandemic.
The change has students questioning the importance of testing in the college admissions process.
“Many colleges were already test-optional, and many of the colleges who have adopted this policy, some permanently, some for one or two years, were already considering this before the pandemic,” College Counseling Director Rebecca Munda said. “Admissions leaders are concerned about the trends in test scores by race and ethnicity, and extensive research shows that standardized test scores are most strongly correlated to a student’s life circumstances.”
While most colleges and universities are not requiring the ACT and SAT for admission in 2020, the term “optional” has many applicants worried.
“I’m just concerned about the seeming lack of transparency and long-term planning,” senior Vincent Behnke said. “‘Test-optional’ can mean a lot of things, and with testing policies constantly changing, it really adds uncertainty to an already stressful situation.”
The National Association for College Admission Counseling has put together a document to assuage applicants’ fears about the meaning of “optional.”
“Due to the cancellation of these test dates, over 500 colleges have signed a pledge with the National Association for College Admission Counseling that affirms that test-optional truly means ‘optional,’” Munda said.
The colleges’ policy changes have many seniors choosing not to take the test if it is not readily available to them.
“It’s not worth it,” senior Peter Wolfe said about trying to take standardized tests. “I have friends who have obsessed over cancellations, and some have even driven out of state to take their test. When schools go ‘test-optional,’ this is exactly what they don’t want you to do.”
College counselors are stressing the importance of seniors meeting with them to make a decision on whether or not to test.
“They should be having a conversation with their college counselor about testing,” Munda said. “As a department, we do not want students putting themselves and their health at risk. Getting on a plane, driving to another state, that’s putting yourself at risk. We don’t believe you should do that, but families are going to make their own choice.”
For now, future applicants have multiple options when it comes to standardized testing.
“I personally think standardized testing is stressful and exhausting,” junior AP Pang said. “I think it is a poor way to reflect actual learning of a subject, and it also tends to be fairly biased. People who come from a wealthier background can get test prep classes, test books and practice tests.
The College Counseling Department says it is unsure about how colleges going test-optional will affect the college admissions landscape in the future.
“I don’t want to say this is the end of testing, but this could be the beginning of the end,” Munda said. “We’re at a huge moment in time right now, and the College Board and ACT are struggling.”