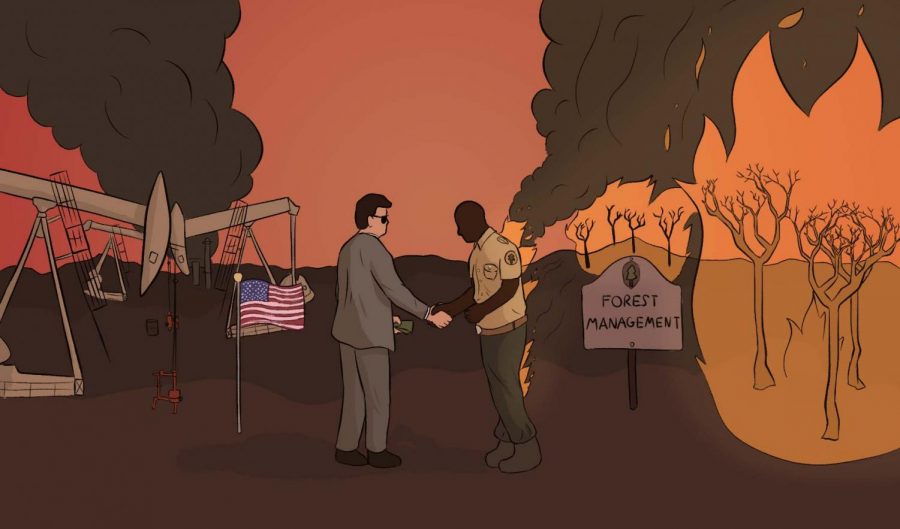 Although climate change contributes to a worsening annual fire season in California, federal and state officials should not overlook the importance of effective forest management techniques such as prescribed burns. Some experts suggested California burn 1 million acres of land, but the state only burns a total of about 125,000 a year, according to Pew Research Center.

Although severely exacerbated by climate change in recent years, California’s recent record-breaking fires can be mitigated by controlled burning, a practice which state officials immediately need to start mandating.

“This is a damn climate emergency,” Gov. Gavin Newsom said while surveying the Oroville State Recreation Area on Sept. 11. Wildfires have burnt more than 8 million acres, nearly doubling the previous record of 4.4 million acres in 2019, according to the Insurance Information Institute.

If — as Newsom suggests — California wildfires are primarily caused by climate change, a significant change must have taken place between  2019 and 2020 to yield such a large discrepancy.

The global mean temperature was 1.71 degrees Fahrenheit above the 20th century average in 2019 — often referred to as a pre-industrial reference point — according to the National Oceanic and Atmospheric Administration.

Comparatively, the global mean temperature was 1.66 degrees above the 20th-century average in July of 2020, one-twenty-fifths of a degree cooler than in 2019, according to the NOAA.

While climate change certainly is a valid threat that requires adequate attention, it does not have the be-all-end-all effect that government officials such as Newsom insinuate. Rather, other factors — exacerbated by drier conditions and hotter weather attributed to climate change — must contribute to the increasing destructiveness of the fires.

One hundred and fifty million dead trees fill forests throughout California and vegetation has “grown much denser than the fire-adapted ecosystem had evolved to handle,” according to Pew Research Center.

These masses of dead trees act as tinder for raging wildfires.

Scott Stephens, a professor at the UC Berkeley Department of Environmental Science, Policy and Management noticed this phenomenon on a smaller scale when observing numerous dead trees occupying the space surrounding California’s Shaver Lake, forecasting the dangers they pose in a 2018 report.

Stephens’s fears were vindicated when 180,000 acres of the land surrounding Shaver Lake were burnt within a week of the first spark, according to the San Francisco Chronicle.

The federal government owns roughly 57% of land in California, while the state owns 3%, according to the Little Hoover Commission. Without a concerted effort on the parts of both our federal and state governments to manage and eliminate this major risk through new regulations such as controlled burning, a destructive annual fire season may be inevitable.

Despite fires occurring nearly every year in the state of California, controlled burning, a practice used by Native Americans before the European colonization, has been discouraged, according to One Tree Planted.

Government campaigns such as “Smokey the Bear” in the 1950s demonstrate suppression of such practices. More recently, many California residents have expressed concerns about controlled burning occurring near their residences, according to USA Today.

The American Lung Association has also opposed controlled burning due to its negative effects on air quality.

When waking up to a sky turned orange by smoke and needing to wear masks in order to go outside in 200+ AQI  conditions, it is evident that these sacrifices must be made.

The federal government must work with California to open the door to using widespread controlled burning as a preventative measure for wildfires.