Football Proves to be a Big Score for Knights Athletics 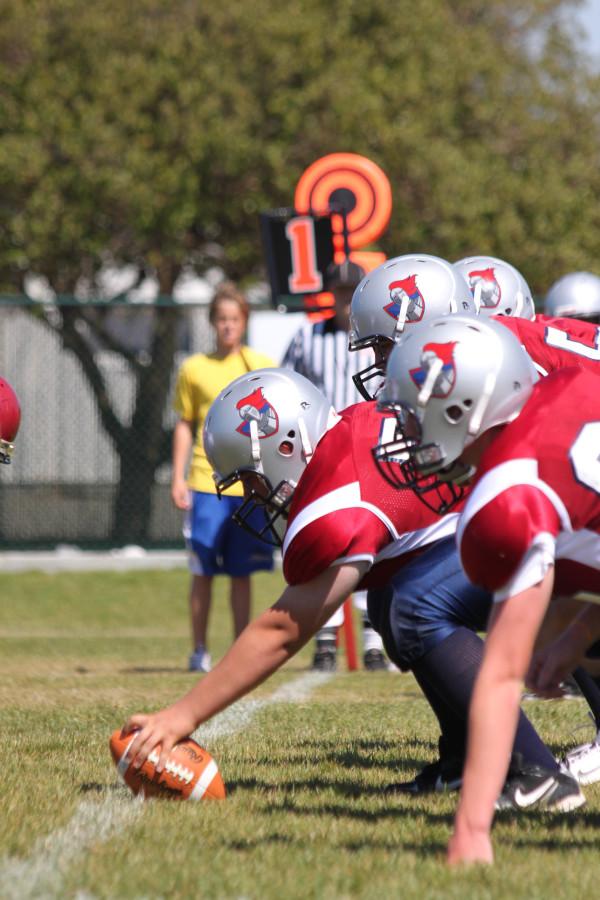 This year, football finally arrived at Stuart Hall, and it is an instant hit. The Knights are proving everybody wrong and showing that Stuart Hall High School has talented football players.

With their current record of 1-1, the Knights are letting the league know that they are not just playing, and they are here to stay. The opening game was a challenge that this newfound team had difficulty overcoming, losing 44-2 to league leaders Crystal Springs Uplands School.

Although this was a tough match-up, it helped the Knights realize their weaknesses. That week after the CSUS defeat, players worked on those weaknesses and honed their skills. The hard work showed during the September 18 game against Trinity Christian; though that team isn’t as challenging as Crystal Springs, the game it made up for their previous loss. This was a convincing first victory in the history of the school, as the Knights beat Trinity Christian 42-24.

Stuart Hall will be playing Pinewood High School this Saturday, October 2. Along with the game, Stuart Hall Student Council will be holding a snack stand as usual, so come out and enjoy the food and fun and cheer on your brave and courageous Knights!