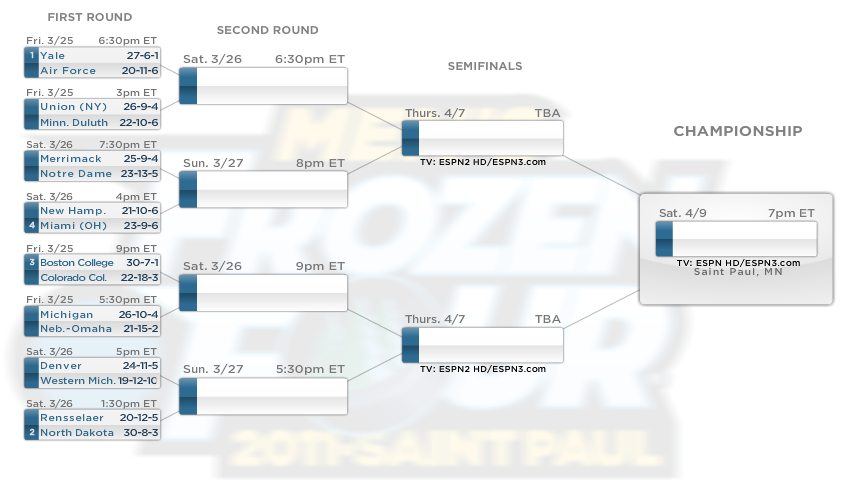 March brings a flurry of college sports excitement, with March Madness dominating everything from Sports Center to the New York Times. Despite this, most of the northern United States is paying attention to a different NCAA sporting tournament as there center of attention: the Frozen Four.

Surprisingly, two teams are excluded from the bracket. Wisconsin, who made an appearance in the National Championships last year, lost their spark from 2010 and fell to 19th in the country this year. Also, the Boston University Terriers, who won the tournament in 2009, has been unable to relive their success success, and have stayed out of tournament action for now the second year in a row.

The other team out of Boston, the Eagles, continue their streak, again winning the Hockey East championship and finishing the year ranked third in the country.

Junior forward Barry Almeida says even with the regional championship, the team still hast to work hard. “Um… you know, you just go to take it game by game and stay in the moment, that’s what coach preaches everyday, but in the back of our mind that’s the ultimate goal, so you know, we just got to keep winning and keep riding this into the national tournament.”

So as the sixteen teams move into the famous collegiate hockey tournament, what will it have in store? Will it be another championship for the strong BC Eagles, or will a lesser team steal the title? This is all in about to begin during the Frozen Four.